NK on the Road

Norman and his new band will go full tilt and take you back to 1999 at the Silverlake Lounge for the IPO Festival, Los Angeles edition. Don't miss out. Hear all of the Bat Country and Idle Kings' powerpop hits. Immediately following Norman, the Bognar Brothers will perform. 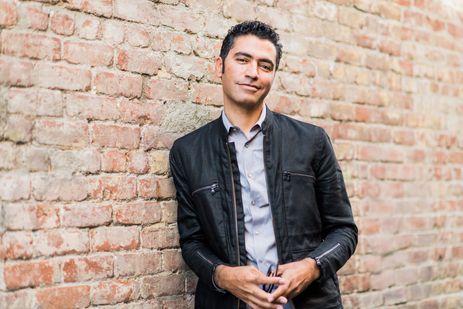 Norman Kelsey is a singer-songwriter originally from Cleveland, OH, who has spent the last 25 years in Los Angeles, CA. He became the resident soul man of the indie power pop scene of the early 21st century.

He grew up on a steady diet of Michael Jackson, The Beatles and Bee Gees. As a budding performer, he began to draw influences from Prince, Marvin Gaye, David Bowie and Mick Jagger. Norman's goal with each record is to create sonic art with flavors from a time when Top 40 radio spun pop, rock, disco and soul back-to-back-to-back. His latest release came in August 2018; a three song set featuring the single "Sun Rose." The tracks were produced by Adam Marsland at Karma Frog. A video for the song, "When I Say I Love You," directed by Mike Schnee debuted for Valentine's Day, 2019.

The second single from On The Rebound, the rootsy 70's flavored ballad "Huckleberry Finn," debuted on July 30, 2013. It was accompanied by a music video directed by Andrew Shuford. The song is about Norman's own personal artistic journey. Promotion for the single and the album were delayed by Norman's hospitalization for and subsequent recovery from a stroke.

After a health-related sabbatical, 2015 saw him collaborate with Adam Marsland and Teresa Cowles under the banner of Pacific Soul Ltd. The trio recorded and subsequently toured the UK in May, 2015. Their EP featured several well-received tracks including "Blue Summertime." The group returned to the studio to complete a full-length LP. "The Dance Divine," featuring Norman's vocal and writing contributions, dropped October 21st, 2016.

Norman, an active voting member of the recording academy (NARAS), publishes his music through his own company, Mighty Ohio Music (BMI). He is married and owns a feisty dog. He is also into finding his roots through ancestry research and proudly traces them to Nigeria and Scotland.